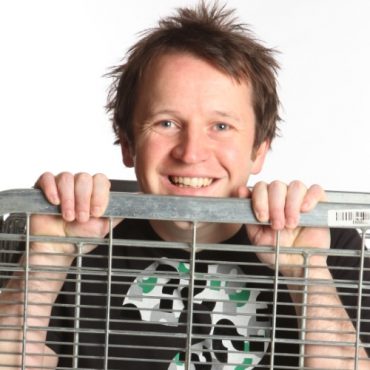 Tony Simpson is full of energy and improvisation a strong compere who can interact with any kind of audience.

Finding fun, energy and positivity in life provide a platform for his comedy and loves nothing more than taking the audience by the hand and dragging them along.

Tony has written and performed in two sell out Comedy Festival Shows on matters such as being ‘Cheeky’ and why we all need a bit of ‘cheekiness’ in our life’s and a show all about adrenaline called ‘Adrenaline Junkie’ in which Tony tells the tale of a year in his life of competing in the British Rally Championships and also performing stand up gigs as he travelled around. He also touches on why we all need a bit of adrenaline in our life’s!

His love of life and failings to find love are subjects which he will touch on. But not how you would normally expect, his ideas of how people can find love with have you laughing and cringing.

Currently working regularly as compere and performing sets up all over the UK.

Away from stand up, Tony has a wide range of different experiences within radio, as guest presenter, social commentator and sports related programs.

Tony has also hosted awards evenings for the following companies:

What do People Say?

"To be fair to Tony, we really did ask him very last minute to come to our annual awards dinner the Monster Energy MSA British Rallycross Championship awards. You wouldn’t have thought it though. He did a superb job, and it was clearly evident even with such a late request he had researched his topics thoroughly, meaning that his appearance was of the ultimate professional that our guests really enjoyed. He kept it running well, and was ever so flexible with some last minute award changes.

How do I back that up…? Very easy, when people came up to me afterwards and said it was the best awards dinner they had been to in years. He does not know it yet but he will be back with us next year."Willie Woods, Manager British Rallycross Championship

Tony Simpson got to grips with the crowd