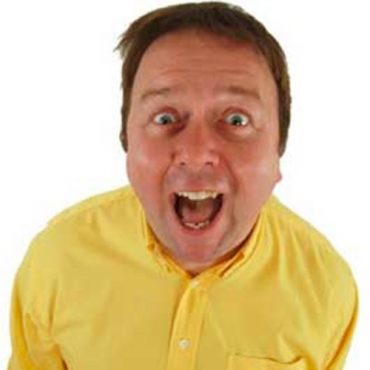 Steve Gribbin is a rock'n'roll comedian in more ways than one.

As one half of Skint Video, he was one of the hits of many a festival throughout the early 1990s and his treatment of Billy Bragg was little short of brilliant. They also starred on countless television programmes such as Saturday Live, radio such as The Mary Whitehouse Experience, and had their own show Songlines on Radio One.

Since branching out on his own, professional Scouser Steve has continued to keep his feet firmly in both camps. A great musician, his songs are exactly that, combining razor sharp lyrics with annoyingly catchy tunes and devastatingly funny humour.

Add to this some disarmingly accurate and off the wall observations and you have a real must-see act.

Steve's original comedy songs combining that put their foot in the door of your Steve is a regular member of the Loos Ends and Weekending teams on Radio 4 and The Treatment on Radio 5 Live.