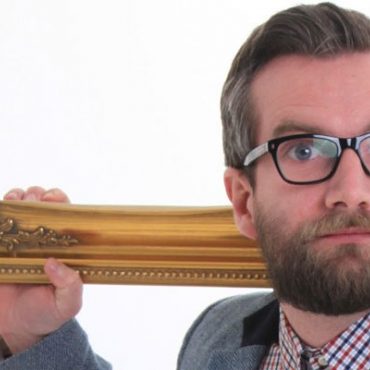 “a brilliant natural comedian…” Edinburgh Evening News Paul Pirie began his stand-up career in 2006 quickly establishing himself on the Scottish comedy circuit. With a driving force for achievement Paul worked his way into the London clubs and was launched onto the UK comedy scene, emerging as one of the biggest Scottish acts on the UK comedy circuit. Paul’s career has encompassed TV, (appearing in Ikea's April 2011 comedy based TV advert), Film and Radio alongside his burgeoning skill as a stand-up.

His hilarity and comedic ability has earned him huge popularity with comedy goers and bookers across the world, gigging as far abroad as Australia and for diverse audiences such as The Armed Forces. Pauls work is superbly individual and put simply, delivers a refreshing burst of laugh out loud comedy that leaves audiences in raptures.

Now living in Essex, Paul Pirie is a unique, vibrant comedian who appears regularly at all the main comedy clubs in the UK to include: The Comedy Club (venues nationwide), Jongleurs, Highlight, Baby Blue, Rawhide, Last Laugh, Bristol Jesters, Komedia, Comedy Café, Big Night Out comedy clubs in and around London as well as The Stand in Glasgow and Edinburgh, plus many many more.

CORPORATE QUOTES
“Brilliant...he stuck close to the E&D policy which we are very grateful for, also thank you for your hard work in finding some comedians which would best suit our audience.” Colchester Institute

"Paul Pirie gave a great performance...He worked the crowd well and his audience interaction was just right. He is a very likeable comedian and was also very professional. " BALI – British Association of Landscape Industries

a most impressive physical comedian

Fizzing with energy and spewing out one-liners like he had just scoffed a dodgy prawn, Pirie is a man we will be seeing more of

His delivery is superb

he has 'comedian' written all over him