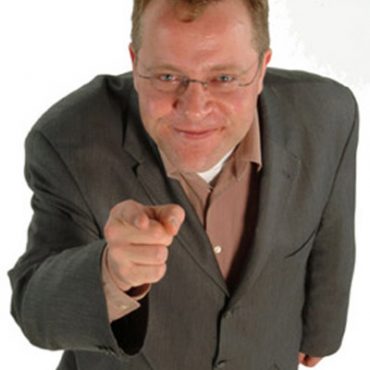 Since making a massive impact in Britain, Canadian comic Mike Wilmot has gone on to make a name for himself all around the world. His intelligent adult style humour of relationships and sex are enjoyed by women and men alike.

Mike won last year's most prestigious Australian Comedy Award, The Barry Award for Most Outstanding Show, which comes with a nice cash prize too!

Mike commented on his win; ''As a drunk, I don ��Ǩ�Ѣt normally get awards. I'd like to thank all my fellow nominees, because that seems to be the thing to do. But clearly I am the best. The evil regime of Ross Noble (last year's award-winner) is over. Let's go outside and tear down his posters.''

The 6th Annual Barry Awards were held on Friday 18th April at the Melbourne International Comedy Festival. They were judged by a panel of journalists and comedy industry representatives. The Barry Award is named in honour of Barry Humphries, Australian creator of Dame Ednor Everage.

Mike's effortlessly funny style is a fast-paced, hard-hitting comedic look at everyday life. His comedy targets very widely, from diets, kids and sex - to American-Canadian backbiting and his fondness for beer...

''The highlight was Mike Wilmot, a fast talking stand-up whose close-to-the-bone repertoire leaves the audience in a state of hilarity that most comedians can only dream of.'' THE SUNDAY TIMES

''The bear-like, gravel voiced Mike Wilmot fires keen reports from the front line of the sex wars. He sweats; he shambles; he swears. You'll cough, choke and chortle.'' THE GLASGOW HERALD