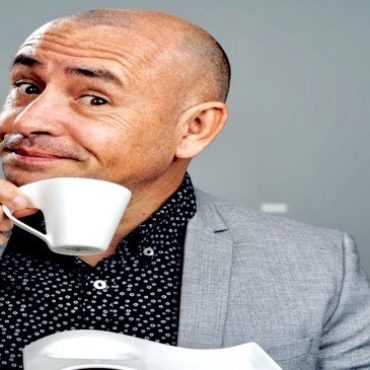 Mike Squeaky McClean is probably best known for presenting the Big Breakfast on C4 , The roving reporter for Richard and Judy for 7 years as well as presenting a whole host of television shows for the BBC , ITV , C5 sky1 and Nickelodeon .Mike also appeared in the office Xmas special with Ricky Gervais, as an actor he played Father Tony in Shameless, and Fins Dad in My Big Fat Diary .

Mike originally trained as an actor at the Arden school of theatre in Manchester, however having had enough of being a tree and spending hours learning how to breath which he does in his sleep, Mike gravitated towards stand up and quickly broke into the stand-up circuit with his very funny very clever Mind reading act.

Mike is one of the best and funniest Mind readers on the circuit and is always busy either on tour or traveling the world with his bizarre mind reading act. Mike remains lovable and down to earth individual who has stayed true to his comedy roots, His razor-sharp delivery has made him a favourite both on the circuit and in the corporate world. If you like Derren Brown then you are going to love Mike, he’s like him only cheaper and a little naughtier,

Mike doesn’t have magical powers or psychic ability and neither does he ever work with stooges or plants to achieve his work. The unwitting participants on his show are entirely genuine and easily fooled.

Mike is also fluent in Spanish, a very good cook (particularly paella) and one of those rare breads who enjoys DIY.

Channel 4 - The Big Breakfast | ITV - Richard & Judy | XFM - XFM Manchester Breakfast show
The Comedy Club Limited do not act as a forwarding address for any of the artistes listed within this website. Due to the Data Protection Act, under no circumstances do we issue any artistes contact details or accept requests for autographs or deal with journalistc enquiries unless the artistes in question have been secured through The Comedy Club for your event.