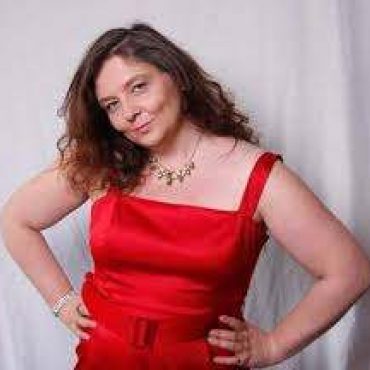 A London Scot, I went on to study for a Joint Honours Degree in German and Russian in Reading, Vienna, Moscow and Kiev. I later attended Associate Classes at the Academy of Live and Recorded Arts and gained a Master of Arts in Drama at the Royal Scottish Academy of Music and Drama.

Over the years I have lived and worked in Austria, the then Soviet Union, Spain, France and Germany. As a result, I speak fluent French and speak German like a native and when called upon can do a very convincing Austrian German/Viennese accent!

In the last couple of years I have developed a stand up comedy career and was selected as one of the finalists for the Hackney Empire New Act of the Year Competition. I am also the resident MC for Laughing Cows London and recently was the warm up act for the Puppetry of the Penis tour.

I am also a regular contributor on the Late Show on BBC Radio London and have worked as a contributor for BBC Radio 5 Live and reviewed the newspapers for Sky News. I have performed warm up in English & Spanish and English & French as part of a prize winning radio drama season The Works. In addition, I presented my own weekly radio show on Break FM where I was able to relive my former years as an 80s soul girl.

Theatre work ranges from playing Miriam - an alcoholic New York Jewish mother with a gay son - in the two-hander, Roger and Miriam, to Clytemnestra in Electra. I workshopped Philoctetes at the National Theatre Studio, and As You Like It with Sphinx Theatre. I was also a member of the caf ﾩ theatre group - Meceuil Th ﾩ ﾢtre de Paris -whilst living in Paris.

Television and film roles include putting my perfect German to good use as a housewife in the BBC/HBO TV series Band of Brothers, and in German post-sync work for the film, The Flying Scotsman. I have also recently appeared in several short films, and am currently working with the director Mick Pantaleo on our next short film together.

''A week of roaming about the Festival.. but aside from the big names, there's a lot of talent out there. One comedienne in particular has stood head and shoulders talent-wise above the others again and again: Maureen Younger, with her peach of a delivery...'' MGCK

''I felt like I'd learnt something as well as being entertained by comedians Paul MacCaffrey, Gavin Hammer and especially Maureen Younger.'' Alexis Wood - BBC Southern Counties Website