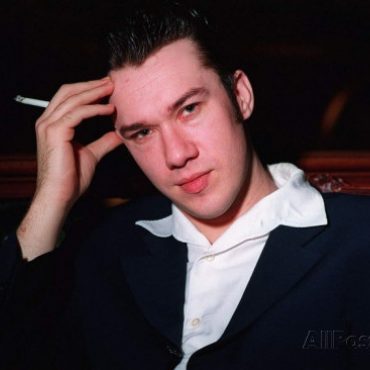 Mark Lamarr was an instant hit when he started his career at The Comedy Store one chilly winter evening in 1985, no one could have predicted that the rise and rise of Mark Lamarr would be quite so meteoric or that such a multi-faceted performing future awaited Swindon's first, great stand-up star.

He presented The Word - wrecking and then re-drawing the boundaries of good taste, and defining the art form of high-tack trash TV.

But (surprisingly) it was Lamarr rather than his incisive co-host Terry Christian, who would later move on to more rarefied intellectual pastures, as presenter of BBC2's Edinburgh Nights, getting to grips with the high culture, low comedy and sophisticated cross-fire of the Edinburgh Festival arts scene.

Any comedy show with any pretence to quality during the past five years has featured an appearance from the be-quiffed comic, famed for his acerbic, observational wit, uncompromising opinions and heckle-proof off-the-cuff spontaneity.

Sometime host of Top of the Pops, The Big Breakfast and Planet Showbiz, he's famed for the surly contempt he's extended to

Reeves and Mortimer as Ulrika's adversary in Shooting Stars, and for controlling the inappropriate behaviour of two comics (one fat, one thin), a succession of old rockers, and (preferably) a smattering of glamorous young superstars, in his role as the no-nonsense chairman of the five series of Never Mind the Buzzcocks.

On radio, his Shake Rattle and Roll for Radio 2 earned the Music Broadcast Award and the Special Interest Music Award, at the 1999 Sony Radio Awards. His Beginners Guide to Reggae show also won a Sony Award. Live, Mark has toured nationally for the last 14 years playing everywhere from smaller clubs to the Royal Albert Hall.

Given this diverse highbrow and lowbrow experience, some commentators believe that it's merely a matter of time before Mark is appointed as lead presenter on Panorama...

Top of the Pops (BBC1) presenter