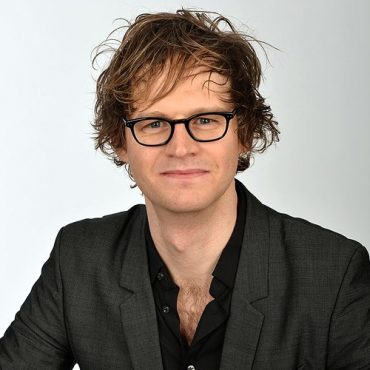 Mark Dolan is a comedian, writer and TV presenter & regularly appears at The Comedy Club Venues

Most recently he fronted a brand new series lampooning the world of ads, in Channel 4’s Mad Bad Ad Show. This followed three series of the hugely popular Channel 4 documentary series, The World’s…and Me, which featured the world’s smallest, tallest and hairiest people, as well as the most surgically enhanced woman!

Mark is also the host of the iconic Channel 4 comedy show Balls of Steel, which still airs nightly on 4 Music.

Mark launched both E4 and More 4 respectively as host of the comedy show Show Me The Funny and as anchor of the late night topical talk show The Last Word. He also just completed a five year stint as host of Sky’s flagship movie show 35mm.

His first big break came in 2000 when he starred in and co-wrote The Richard Taylor Interviews, the hidden camera job interview show for C4. In the same year, Mark reached the final of the C4 live stand-up competition So You Think You’re Funny.

His first book “Do You Mind If I Put My Hand On It?”, an account of his travels around the world, came out in January 2013, published by Harper Collins.

Mark will be fronting a new series in the autumn for E4 entitled the Comedy Summit, in which he celebrates iconic television through the decades.

Mark is also fresh from his victory on Celebrity Come dine With Me this Christmas, winning £1000 for Marie Curie Cancer Care. His dishes were a pea and truffle soup and Dickensian three bird roast.

He has also just shot a series of shorts for Channel 4, called Taxi Gags, which features the cream of UK comedy telling gags in the back of a London taxi.