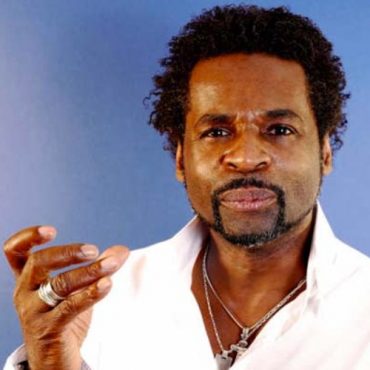 Having survived being called ''the new Lenny Henry'' - he's much funnier than that, lapsed choirboy Junior Simpson is a true star of both the black comic firmament and far beyond.

He will be a familiar face from the big, bad world of TV& Film both from the likes of’ Big Brother’s Little Brother’, and  DJ Role in Love Actually. Also Junior  one of the team captains alongside Suggs on Night Fever and as host and star of two of his own series, In the Dark with Junior Simpson and The Hit Man, both for Channel 5. He has also worked with the likes of Jo Brand, Rolf Harris, Frank Skinner and Jonathan Ross.

BBC1 - The Stand Up Show, The Real McCoy, Never Mind The Buzzcocks, | ITV - Saturday Live | C4 - Big Brother, Night Out at the Empire, | Channel 5 - Night Fever, In The Dark With Junior Simpson, Bring Me The Head Of Light Entertainment, The Comedy Network

My highlight was Junior Simpson. A vigorous raconteur and vibrant mimic with lots to say. Watch that Man!