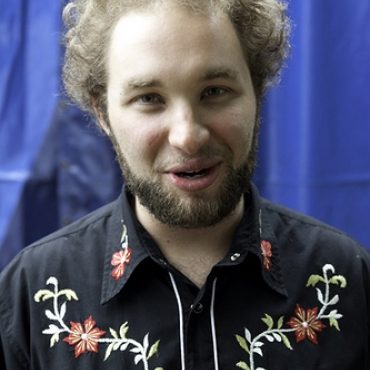 Joseph Wilson has been a finalist in the Chortle Student Final Competition 2008, Paramount Comedy On Tap Funniest Student Finalist 2009, TV warm-up for Endemol, voice-over artist for adverts such as ORANGE, BARCLAYS BANK and VODAFONE (to name a few), written for Peperami World Cup 2010 Campaign & FHM Joke Writer as well as hosting his award-winning "The Joseph Wilson Show" on Bristol's 1449am "Hub Radio". Joseph is a likeable stand up and impressionist whose energetic, physical and improvised style, is receives positive reactions from audiences, fellow jesters and promoters alike. Joseph can be found performing regular 20 minute sets and MC gigs all over the UK such as The Comedy Cafe, Covent Garden Comedy Club, Lee Hurst's, Jesters, The Avalon Network, Off the Kerb, The Stand Comedy Club, Christian Knowles Productions. Joseph even has gigged at New York clubs such as Caroline's, Ha! Comedy Club, Joe Franklin's and Comixs.

Joseph has been signed by Yakety Yak, a top voice over agency. www.yaketyyak.co.uk Joseph starred in an award-winning short film opposite 'Green Wing''s Karl Theobald and "Pyschoville"'s Debbie Chazen, 'I am Ruthie Segal, Hear me Roar' (Minkie Spiro/UK/2009/Third Man Films). This film will be shown at the UK's Jewish Film Festival then it travels across to all major film festivals.