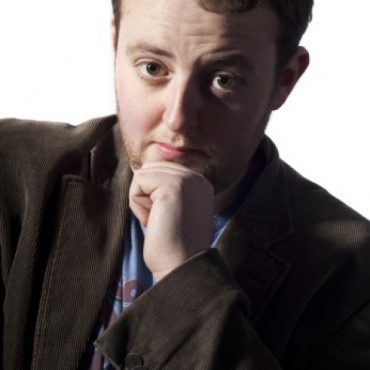 At just 22 years of age, Jonathan Elston is a fresh, punchy, gag-driven comic who combines sharp joke writing and quirky observations with a youthful likability that charms his audience and endears him to any room. However as with many top comics, success means is Jonathan rarely to be found out of a coach or car. The carbon footprint that Jonathan has created since his career began is big enough to have destroyed a football pitch sized hole in the Brazilian rainforest! Despite the havoc he is wreaking on the rainforests, Jonathan is steadfast in his focus and continues to be one of the most sought after young acts working the circuit. COMEDY VEUNES APPEARED/APPEARING AT: The Comedy Club – Various Nationwide, Just the Tonic, The Frog & Bucket, The Comedy Store, Last Laugh, Bottle Rocket Comedy, Jesterlaugh, Sidesplitters, Komedia, Barnstormers, Baby Blue, & more FESTIVALS: AAA Stand-up Late @ Pleasance Courtyard - Edinburgh Festival 2011 QUOTES “One of the best new acts i have seen in recent years” Gary Delaney “An act of his age with this amount of stagecraft and quality material will undoubtedly be a mainstay of the circuit for years to come.” Toby Hadoke ‘Has the tools to go all the way, an excellent prospect filled with potential’ Crewe Limelight club “A young comic with incredible talent and a natural warmth. If he carries on like this his success is certain.” Black Cat Comedy “An excellent act – good jokes, well-delivered – reminiscent of a young, cheaper Ricky Gervais” Paul Kerensa