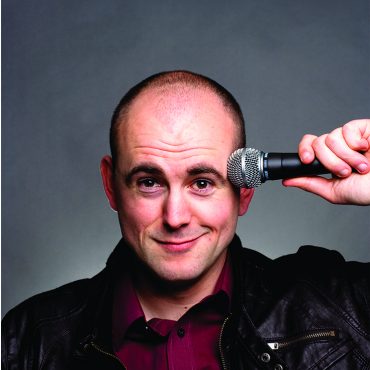 Andy has been on the circuit since January 2005. In that time he has performed all over the country, winning awards and acclaim as he goes.

Described by BBC Staffs as 'A star', and by XS Malarkey as 'excellent, delightful and charming', Andy uses his love of life as the foundation which underpins all his comedy. Talking about a range of subjects from faults in the English language to the quirks of modern-day Christianity, he brings a joyous energy and enthusiasm to any stage - taking pleasure in everything and everyone!

Combining the subject matter and his super-strong stage presence, Andy has found a unique and fascinating voice to his comedy. In short, you have a very exciting - and excited - young comedian, and one of the most promising acts in the country.

With jokes ranging from one-liners to drawn out anecdotes, and subjects touching on topics from quirks of the English Language to his own Christianity, Andy is quickly finding a unique voice for his comedy. Add to this his super-strong stage presence, and you have a very exciting, promising act.