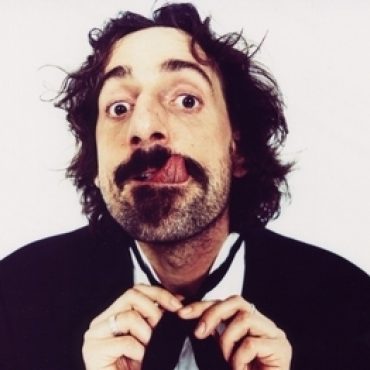 Addy Borgh - or Addy Van Der Borgh to give him his full monicker - makes audiences laugh from the moment he steps on stage. It may be helped by the comically large nose, mad eyes and manic expression, but it is principally that Addy Borgh is a very funny man and great stand-up comedian. As someone who spent his student life studying clowning (oh yes) at LAMDA, Addy Borgh is a physical comedian - in every aspect of the words. Combining brilliant comic timing with a diverse and dysfunctional set of voices and characters, stand-up Addy Borgh brings to life those worlds of the nerd - computers, museums and libraries. His mix of mimicry, observations and slapstick comedy have won him outings on TV’s The Stand-up Show and Live at Jongleurs and three sell-out years at the Edinburgh Festival. Described as an “unassuming comic genius” by those on the prestigious comedy circuit, he is a regular fixture at comedy festivals across the globe and has a growing army of fans not just in Britain (The Comedy Club, Comedy Store, Jongleurs, Comedy Cafe etc) but also in Holland, Australia, New Zealand, Dubai, Hong Kong, Singapore, Vietnam and Thailand. A star of BBC 3’s Brain Candy and Sky‘s TV Meltdown (with Kirsty Gallagher), Addy Van Der Borgh appeared at the Edinburgh stand-up comedy festival in 1998 as part of the Screaming Blue Murder comedy showcase, and in 2000 with his own sell-out show 21st Century Fool. He returned in 2002 with Hearing Voices. He also played the lead in his first film, Little Things, for Pandelic. What the critics said: "With a potent mix of brilliant mimicry, offbeat character comedy and hilarious observations, Addy takes you on a journey of the mind to the many voices in your head, that come together in a brilliant combination. Addy's excellent. His flights of fancy and gentle manner are a brilliant combination"  - Time Out "Comic genius" - The Scotsman, Metro, Clown Weekly …..